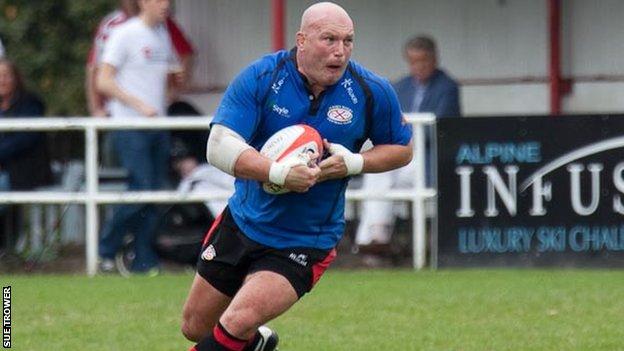 Ex-Jersey prop Ben Evans has played down the importance of his inside knowledge on his former club.

Evans is set to make his home Moseley debut against the islanders on Saturday, just weeks after

A Moseley win would see them leapfrog their opponents in the Championship table.

It is important to both clubs, but it's a game of rugby at the end of the day

"It's good to have an insight into what Jersey do but you can't take your eye too much off what you want to do.

"If you focus too much on the opposition it'll detract from what you want to achieve."

Evans spent 18 months with Jersey, helping them win promotion to the second tier of English rugby.

He left after he began to struggle to get a regular spot in the starting line up and spent his final weeks on the island coaching the forwards.

But the former Wales international played almost all of Moseley's 18‑9 defeat at Nottingham just before Christmas and is expected to start at prop at Billesley Common on Saturday.

"It's exciting and I've always enjoyed playing against friends," said the 37-year-old.

"As mates I suppose you get a little bit of bragging rights.

"I'm taking it seriously, it is important to both clubs, but it's a game of rugby at the end of the day.

"My new employers are Moseley and I want to win for Moseley.

"I've still got that burning in my belly to play rugby, I've got that huge desire to play."

A win for Jersey could see them move six points above Moseley and climb above London Scottish into ninth spot.

There will be live commentary of Moseley against Jersey on BBC Radio Jersey's Saturday Sportscene.