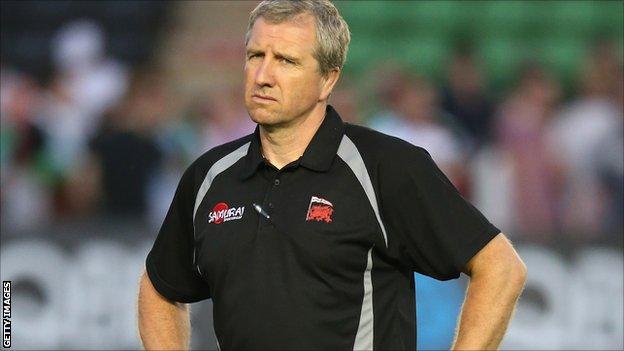 London Welsh head coach Lyn Jones says the club will not panic despite their latest defeat in the Premiership.

Welsh are third from bottom, nine points above last-placed Sale, after being beaten by London Wasps.

"We are not putting pressure on ourselves," Jones told BBC Radio Oxford. "We are playing to the best of our ability every single game."

"There are no panic buttons being pressed. We are organised, structured, we have some threats but we need more."

Welsh face Harlequins on Sunday and Jones says he hopes to have outside-half Gavin Henson back for the game while adding the club should complete the signing of a new back this week.

"We are making plans, we understand what the league is and we need to improve big time," he added.

"Quins will be a big challenge and we need to take them on and be in their faces."