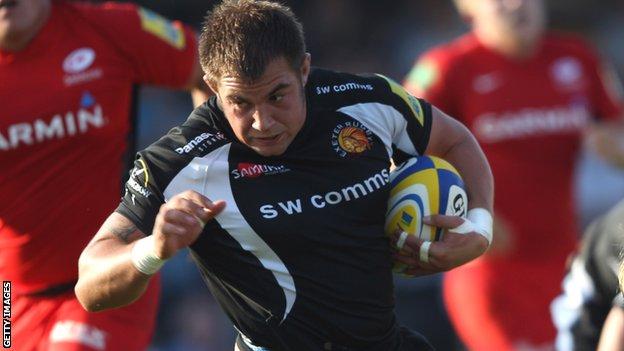 Exeter Chiefs prop Ben Moon says he is hopeful of agreeing a new deal at the Sandy Park club.

The 23-year-old former England Under-20 international is in his sixth season at Exeter, having been part of the Chiefs side that gained promotion in 2010.

"I'm in negotiations for a new contract now and hopefully I'll get that on the move soon and commit my future to the club again," he added.

Moon signed a two-year deal in February 2011 and came up through the club's academy system, making his debut as a 19-year-old against Sedgley Park in the National League One in 2008.

He has made just one start this season, in an LV= Cup clash at London Welsh in November, but has been a regular on the replacements bench for both the Premiership and Heineken Cup.

But with fellow prop and Wales international Moon is hopeful of making an impact against Northampton on Saturday.

"Hopefully I'll get a good run out this weekend and hopefully play well.

"It's unfortunate that Brett has broken his arm again, but it's an opportunity for someone else to get in there and try and play well for the club."