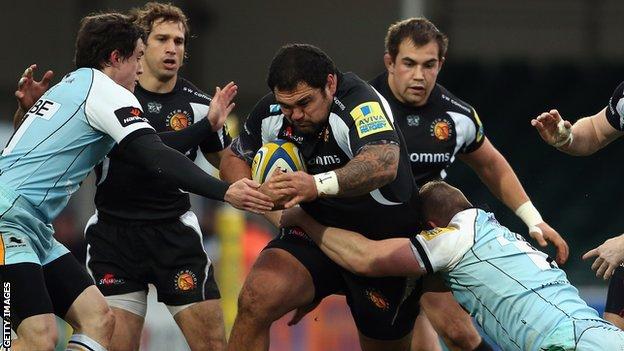 The defeat leaves Exeter seventh in the Premiership after failing to win their last three matches against sides around them in the table, following and

"I've been sat here watching a game where I think it doesn't take us to find that much to more to have won."

But Baxter says his side need to improve the mental aspect of their game if they are to turn losses into victories.

"We've got to be a bit better at a few things.

"I don't think our work-rate or physical ability needs to adapt too much, but I think mentally, and our sharpness of decision-making, was a little bit off.

"These kind of games are great for us, they're a fantastic place for us to learn to become a better side.

"When we were in their 22 we either got penalties out of them or we scored, we looked dangerous, and that element is what we've got to get better at.

"We have to keep making those tough decisions when the pressure is on," Baxter added.