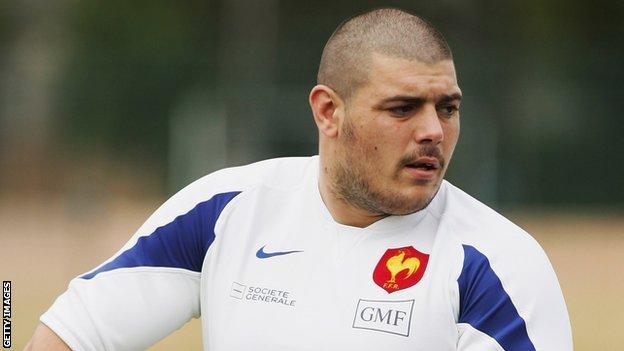 London Welsh prop Franck Montanella has signed a two-year contract extension until the end of the 2014-15 season.

The 30-year-old former France international has played 11 Premiership games for the Exiles since joining from Bourgoin in the summer.

He has scored two tries for 10th-placed Welsh this season.

"I am very happy to sign for the next two seasons. I love the club, the spirit and the supporters. There is a real family feel," he said.

"I had other opportunities but I decided to stay as I share the same vision as head coach Lyn Jones, to secure the long term future for London Welsh in the Premiership, and I am 100% focused on that goal."