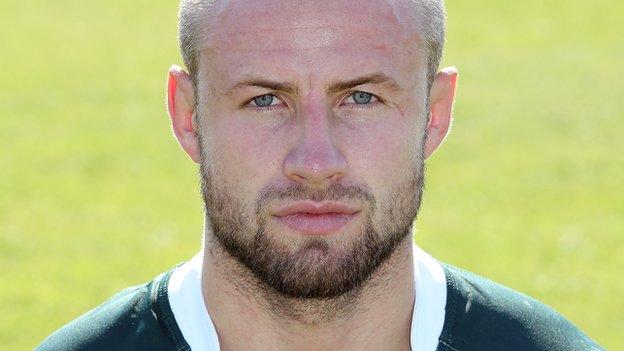 After being hampered by injury since joining the club in 2009, the 21-year-old lock forward has made 12 appearances this season.

"If he keeps his feet on the ground and continues to work hard, I have no doubt that Kieran Low will play for England," said director of rugby Brian Smith.

"He's one of the most naturally gifted players I've worked with."

Smith added: "He's a big guy with excellent skills and plenty of desire.

"Kieran is developing his set-piece play very well under our forwards coach Glenn Delaney and it won't be long before he commands a starting spot in our front five."