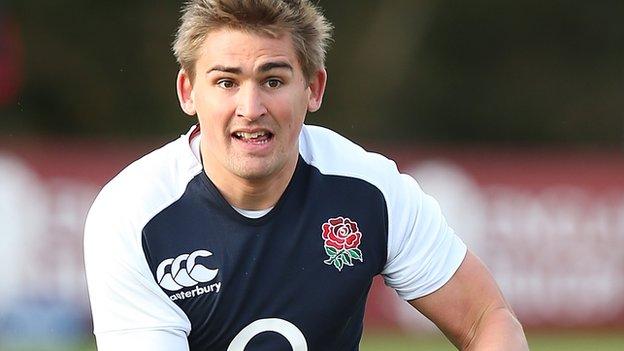 England's Toby Flood has been cleared to play at the start of the Six Nations after a citing for an alleged tip tackle was dismissed.

The Leicester fly-half had been cited for a dangerous tackle on Worcester counterpart Andy Goode in the Tigers' 19-14 Premiership win.

But he has been cleared by a Rugby Football Union disciplinary hearing.

That means Flood is free to play in England's opener at home to Scotland on Saturday, 2 February.

Jeremy Summers, chair of the RFU disciplinary panel, said: "Whilst we found that the elements of a dangerous tackle were made out, after very careful analysis we could not be satisfied, to that standard required, that the dynamics of the incident had not been caused, or contributed to, significantly by the involvement of other players from both teams."

A toe injury cost Flood his England starting place to Saracens' Owen Farrell for the victory against New Zealand in December.

But he converted two penalty tries against Worcester to take Leicester back to the top of the Premiership.