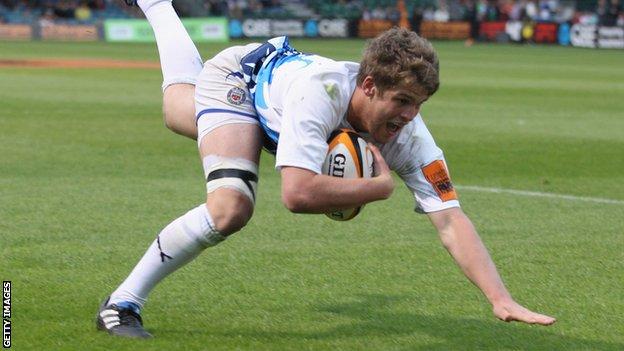 The 19-year-old is a former England Under-18 international and in his second season with the Bath academy.

"We are building towards the climax of the season, which includes some very important matches," Jersey director of rugby Ben Harvey said.

"Back row is an area of concern, with a number of key players currently out of action, and it's great to be able to add a player of Joe's pedigree."

Buckle has already spent time in the Championship this season after a spell at Cornish Pirates.

He made one league start and three replacement appearances for the Mennaye-based side, scoring one try in the Pirates' Championship

"I've had great reports about Joe, who has developed significantly as a player during his time at Bath, and am looking forward to seeing him perform in the flesh at St Peter," Harvey added.