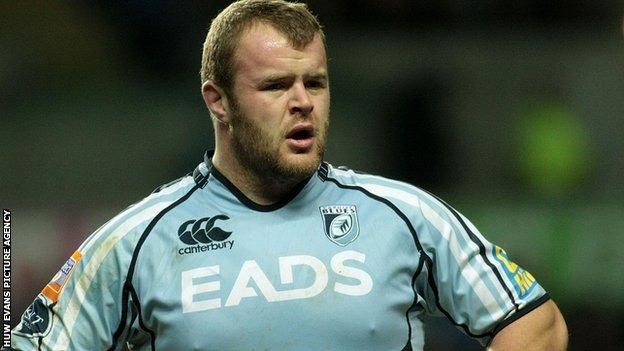 Andrews has been signed up for two more years, while 22-year-old Navidi's deal will keep him at the Arms Park until 2016.

Five-times capped Andrews, 23, said he was delighted to have penned a new contract.

"I have been here since I was 16 and didn't want to look elsewhere as I am happy at the Blues," Andrews said.

"We have had a tough start to the season but we have a great group of boys here and things are looking good for the future, so I am really glad to stay on.

Navidi has been one of the in-form Blues players this season and captained the region to the 17-6 victory over Munster at Musgrave Park last Saturday.

"I'm happy with my form at the Blues and feel my playing has been consistent, but I can always keep pushing myself to see how I can improve as a player," Navidi said.

"Changing between six and seven doesn't really worry me, as long as I am on the pitch and representing the Blues.

"I see a lot more of the ball in the breakdown when I play at seven but then playing at six alongside Sam Warburton is great for my overall game.

"I don't think about being called up for Wales. I just get on with what I do each week and see what happens from there."