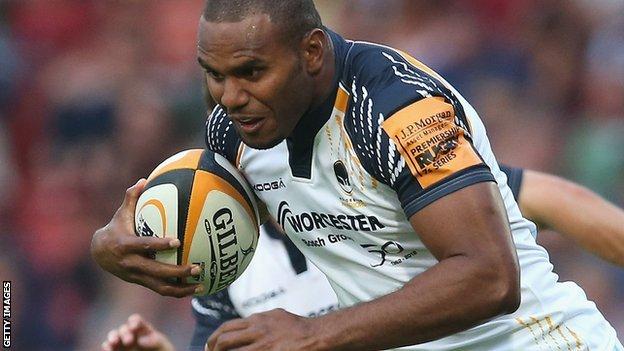 Worcester ran in 12 tries as they kept alive their slim Challenge Cup qualification hopes with a crushing win at Pool Two strugglers Rovigo.

And despite a brief home fightback before the break, Worcester eased to victory, with eight further tries.

Despite the huge win, Worcester's hopes of qualifying remain slim as Perpignan edge the head-to-head record in the two meetings between the teams, as a result of tries scored.

If next weekend's concluding fixtures go according to form, the French side will qualify as group winners.

"We scored 80 points and managed to get our replacements on as well, including some of the younger lads like Ben Howard and Max Stelling, and they all gave a good account of themselves.

"Obviously, Perpignan have to play Rovigo in their last game of the season.

"All we have got to do now is to make sure we are up for it next week when we play Guernica at home.

"We have to do our part, which is to beat them, score four tries and get as many points as we can."