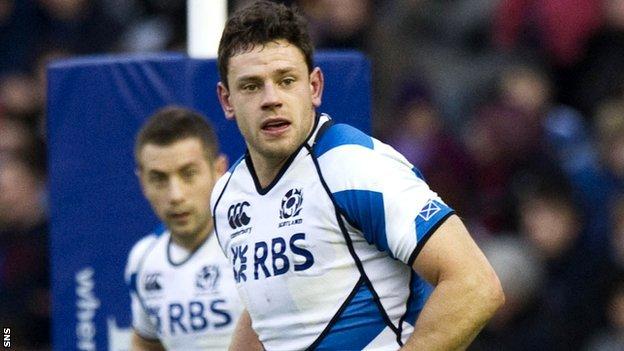 Scotland centre Nick de Luca is likely to miss all of this season's Six Nations championship through injury.

The 38-times capped Edinburgh player suffered a fractured eye socket while training ahead of their 1872 Cup double-header with Glasgow.

And the club say the 28-year-old will require a two-month recovery period following surgery.

Scotland open their Six Nations campaign against England at Twickenham on 2 February.

And the tournament ends with a trip to France on 16 March.

De Luca won his first cap in 2008 against France and scored his first Scotland try against Italy in 2011.

Dumfries-born De Luca rejoined Edinburgh, his club as a youth, from the Border Reivers in 2007, and has made over 100 appearances for the Murrayfield side.