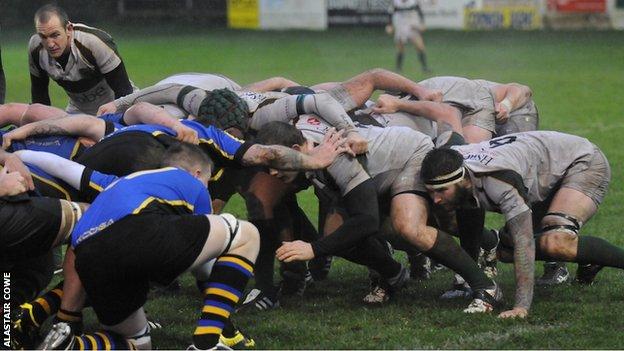 Guernsey coach Jordan Reynolds says his team were "beaten by the better side" after their 22-21 loss to relegation-threatened Tring at Footes Lane.

The defeat was Guernsey's first loss of 2012 and means they remain in eighth place in National Three London.

"It's difficult to take positives out of a game like that," Reynolds said.

"At the end of the day we were beaten by a better side, they were a lot more hungry for it," Reynolds added to BBC Guernsey after the loss.

"We've just got to try and rebuild and see where we go from here," Reynolds said.

"Even from the warm-up we weren't up for that game.

"I was trying to tell the players that we seemed to be a bit complacent, we thought we'd won it before we got on the pitch.

"They're out of the relegation zone and they had the hunger for it, but we didn't have the fight for the game."