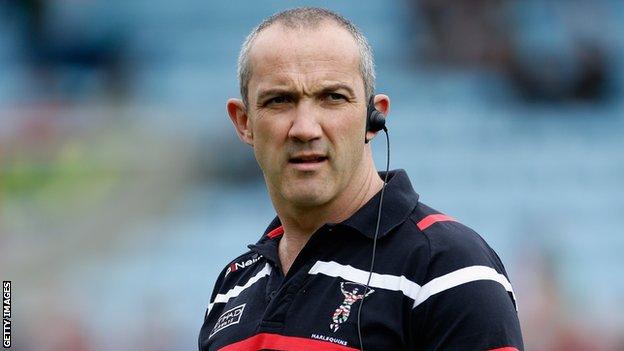 The RFU has warned Harlequins' Conor O'Shea and Leicester's Richard Cockerill about their future conduct over comments on match officials.

Both O'Shea and Cockerill have criticised referees in recent weeks.

An RFU statement said: "We have urged both directors of rugby to use the existing agreed feedback process.

"We reminded them that questioning the integrity of referees in future may lead to their being charged with bringing the game into disrepute."

O'Shea was unimpressed with the performance of referee Llyr ApGeraint-Roberts in his side's win over London Welsh on Sunday, saying: "We try and take officials out of the equation but it was very hard to take him out of the equation."

Meanwhile, Cockerill said he felt Andrew Small "reverted to guessing" when making decisions in their victory over Gloucester on 29 December.