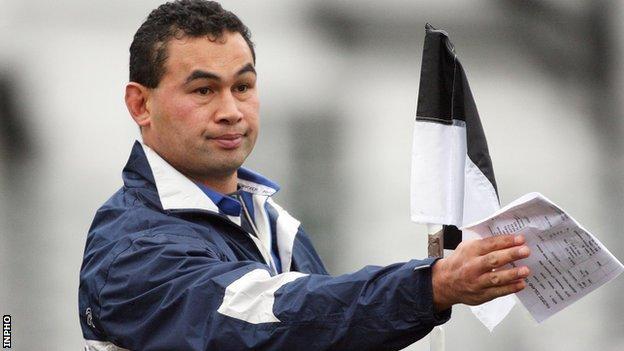 Former Samoa captain Pat Lam will take over from Eric Elwood as head coach of Connacht next season.

The 44-year-old has accepted a two-year contract with the option to extend for a further period.

Lam has coached Auckland Blues in the Super 15 and has been involved as a consultant with Scotland and Samoa.

"I was impressed by the Board's vision for Connacht and the fighting spirit of the team and supporters to persevere against all the odds," said Lam.

He added: "My family and I are truly blessed to have another opportunity to be part of a new community and country and we are looking forward to the exciting challenge ahead at Connacht.

"I'm looking forward to working with good people to build on the great work that Eric has done."

Former Ireland fly-half Elwood announced in October that he would step down from the post at the end of this season.

Lam represented New Zealand in a tour match before going on to captain Samoa in a distinguished playing career which included spells with Newcastle Falcons and Northampton Saints, where he lifted the Heineken Cup.

His coaching career includes a successful spell at Auckland in the New Zealand Provincial Championship from 2005 to 2009 where he twice won the title.

Lam went on to head up the Auckland Blues and they achieved their best finish for several years in 2011 by reaching the semi-finals, where they lost to eventual winners the Queensland Reds.

His was a consultant to Samoa on their highly successful UK tour last year when they claimed the scalps of both Wales and Canada, which saw them make the top eight of the IRB world rankings.

Galway native and former Ireland coach Eddie O'Sullivan was among those tipped to succeed Elwood.