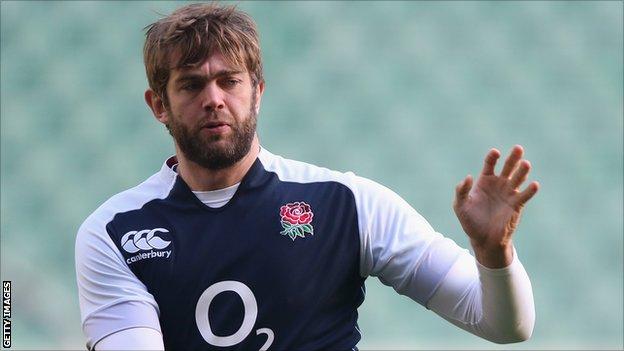 Leicester Tigers lock Geoff Parling has signed a new contract at Welford Road, although its length is undisclosed.

The 29-year-old England international considered offers from the Tigers and Premiership rivals Gloucester before opting to stay at Welford Road.

"Gloucester were willing to put a lot more money his way, but the decision was not a financial one for him.

"It shows what sort of person he is and the commitment he showed to us," said head coach Richard Cockerill.

"We're delighted, he's delighted and it shows the environment we have that guys want to be here and playing for us.

"The money is not the end of the world. He's made the right choice from a rugby point of view and cultural point of view. It's a fantastic thing for the club," he told BBC Radio Leicester.

Stockton-born Parling joined the Tigers from Newcastle Falcons in July 2009 and has made 60 appearances for the club.

He was a member of the 2010 Premiership-winning squad and also appeared in last season's final, when they were beaten by Harlequins.