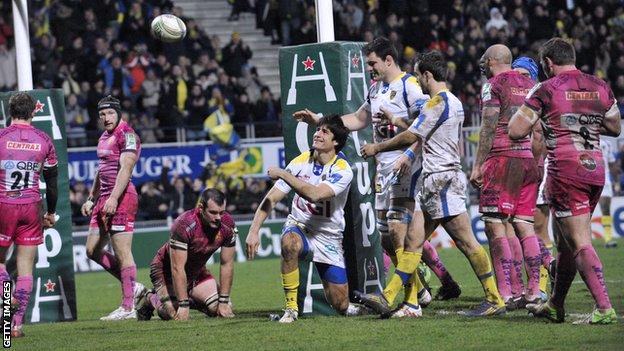 Exeter head coach Rob Baxter says his side were better than their in the Heineken Cup would suggest.

The defeat ended any hopes Exeter had of qualifying for the Heineken Cup's last eight or going into the Amlin Cup.

"I think we were more competitive than the scoreline suggests," Baxter said.

"It's a little frustrating that we've had to play more than a quarter of the game out of shape because we've been unfortunate with injuries."

"You go into the last quarter and we're going quite well.

"Then we're getting replacements injured and more backs going down than we have replacements for and it gets even more difficult.

"We were competitive in the second half and then two or three things went wrong and it doubled up.

"What we have to do is knuckle down and work hard to come through these things.

"It's a tough place to come and play and we've learnt some tough lessons."