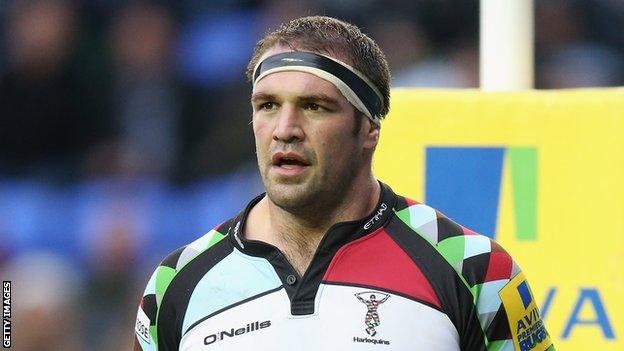 Harlequins forward Olly Kohn has signed a one-year extension to his contract, which will keep him at the club until the summer of 2014.

The 31-year-old second row has scored four tries in 134 appearances since joining Quins from Bath in 2006.

"He has developed so much in his game over the last number of years," director of rugby Conor O'Shea said.

"He is comfortable on the ball and when it comes to the scrum and maul, he is the go-to man."

O'Shea continued: "There is no better bloke you could wish to meet in rugby however on the pitch there is none more physical when it comes to what the game of rugby is all about.

"We are delighted to have Olly on board and hope this is where he will play for the rest of his career."