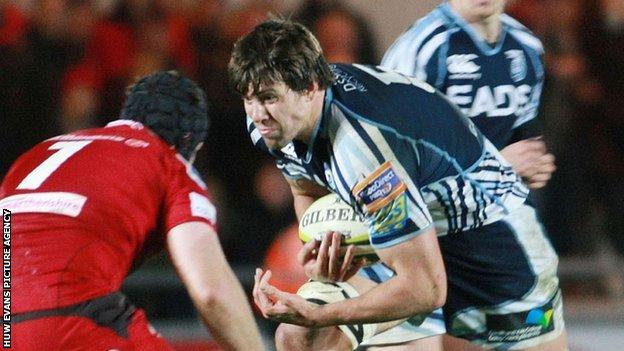 Second-row James Down has signed a new two-year contract with Cardiff Blues.

The 25-year-old Bridgend product has made 17 appearances for the region this season, having battled back from a serious injury in 2011.

He suffered a broken leg in a Heineken Cup match against Racing Metro.

"It was an easy decision to sign again with the Blues," he said. "I've played all my rugby here and come through the Academy system, so I always wanted to stay."

Down was called up to the Wales squad during the autumn internationals, and says he's eager to get back in the thoughts of interim Wales coach Rob Howley.

"It was a real honour and privilege to be called up to the Wales squad, even though it was only for a short time.

"To contribute to the training was brilliant and to be in that environment gave me a taste of it and made me want it more."