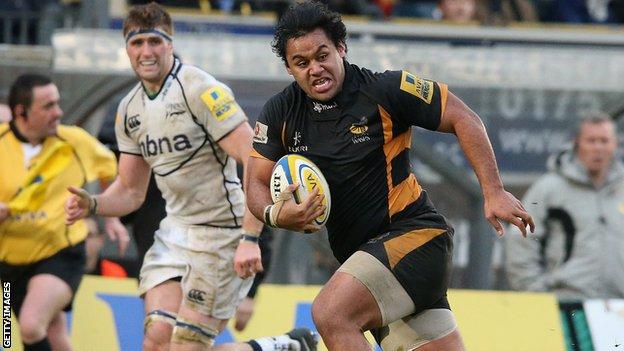 Samoa international Johnston, 26, and 20-year-old Vunipola have agreed "long-term" contracts with the club.

In addition, England pair David Strettle and Mako Vunipola, brother of Billy, are among 10 players to have committed their futures to Saracens.

Winger Strettle and prop Vunipola were both named in for the 2013 Six Nations last week.

The news was announced just seven days after coach Mark McCall with Saracens until the summer of 2015.

A short statement on the Wasps website said the club were "incredibly disappointed" by Vunipola's decision to quit the club.

He was given his first-team debut in 2011 and has made 30 appearances, impressing enough to earn a place in the England Saxons set-up.

Wasps will give a full response to his decision on Tuesday.

Johnston, who was born in New Zealand, has played 61 times for Harlequins - winning the Premiership title last season - and won seven Test caps for Samoa.