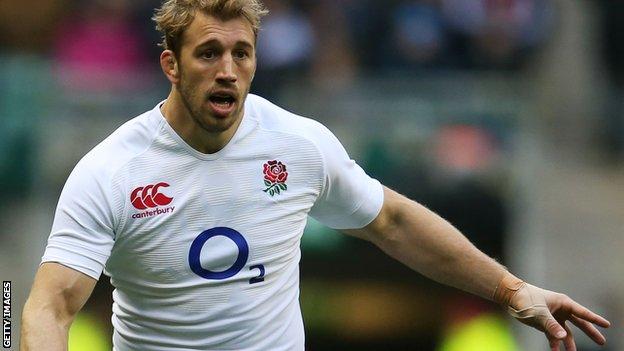 England captain Chris Robshaw has been named as the Rugby Union Writers' Club personality of the year for 2012.

The Harlequins flanker, 26, had won only one cap before being handed the captaincy in January last year.

Under his leadership, England finished second in the Six Nations before a series defeat in South Africa.

Following criticism of his decision-making in a defeat by South Africa, Robshaw led England to a remarkable 38-21 win over New Zealand in December.

Robshaw also lifted the Premiership trophy when Harlequins defeated Leicester 30-23 at Twickenham in May to win the English title for the first time.

Morgan won 29 caps for Wales, and played in all four Tests for the British Lions in South Africa in 1955.

Following his retirement, Morgan worked as a commentator for the BBC and was one of the first team captains on A Question of Sport.

He later headed outside broadcasts for BBC radio and television before presenting Radio 4's Sport On Four from 1977 to 1998.