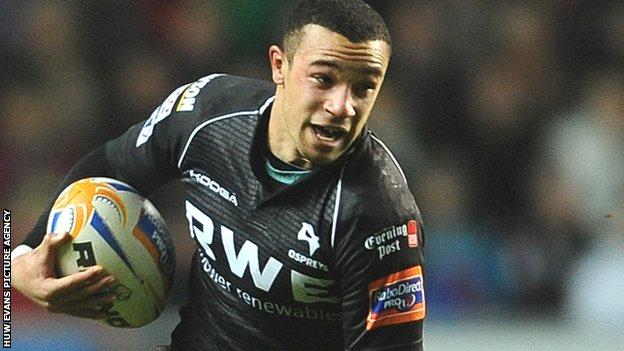 With four front-line locks ruled out with injury, James King (Ospreys) and Andrew Coombs (Dragons) have been called up for the first time.

They are joined by Blues back-rowers Josh Navidi and South Africa-born Andries Pretorius, who qualifies on residency, and Ospreys wing Eli Walker.

Charteris is out for the season, but Davies, Alun Wyn Jones and Lydiate could return for the latter stages of the tournament for the defending champions.

Versatile forward Ryan Jones has been included despite dislocating his thumb on Sunday, raising doubts over his availability for the opener against Ireland in Cardiff on 2 February.

Back in the squad is full-back Lee Byrne of Clermont Auvergne, who was overlooked for the autumn internationals, but there is no place for 19-year-old Blues fly-half Rhys Patchell.

Howley has named an experienced contingent in the front row, which is bolstered by the return to fitness of Adam Jones (Ospreys) and Craig Mitchell (Exeter Chiefs), who feature alongside Gethin Jenkins (Toulon), Paul James (Bath), Scott Andrews (Blues) and Ryan Bevington (Ospreys).

Matthew Rees (Scarlets), Ken Owens (Scarlets) and Richard Hibbard (Ospreys), who injured his shoulder on Sunday, are the hookers.

Ian Evans (Ospreys) and Lou Reed (Blues), who both featured in the autumn squad, remain in the 35-man group.

"We have put together a very experienced squad and complemented that by rewarding the in-form players with a call-up," said Howley.

"The players in the squad have been playing really well and we have been pleased with their individual performances.

"We have a group of players who know how to win big matches and have experienced success. We are adding to that players who have stood out and performed well for the regions this season."

Former Wales Under-20 cap King, born in Australia but raised in north Wales, has impressed for Ospreys this season and will vie for a second-row berth with 28-year-old Coombs.

In the back row, Sam Warburton, who has been named as captain, is selected alongside the experienced Ryan Jones (Ospreys), Toby Faletau (Dragons), Justin Tipuric (Ospreys), Aaron Shingler (Scarlets) and Josh Turnbull (Scarlets).

In the backline Mike Phillips (Bayonne), Lloyd Williams (Blues) and Tavis Knoyle (Scarlets) will contest the number nine jersey. They will be joined at half-back by Dan Biggar (Ospreys) and James Hook (Perpignan), with Rhys Priestland (Scarlets) unavailable for selection because of injury.

The 2012 Grand Slam champions begin the defence of their title against Ireland at the Millennium Stadium, before facing France in Paris the following weekend.

Howley will be in charge of the squad while Warren Gatland concentrates on his duties as Lions coach.