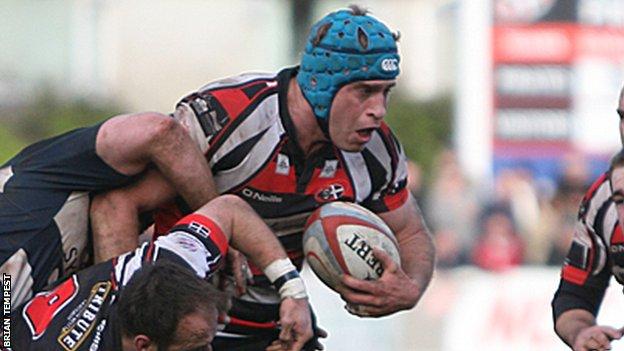 The 27-year-old and has played 13 times for the club this season.

"He's a big physical presence and he's doing his job."

Lyons only took up rugby when he was 22, having previously played international basketball for England's Under-18 team.

He also rowed for Great Britain at U23 level and competed on the water at the 2007 World University Games, where he won a silver medal.

Despite the interest shown in him, Davies says Lyons is far from the finished article just yet.

"He had a couple of handling mistakes when he tried to be first receiver in the second half (against Dundee last Sunday), but that's something we can eradicate from his game," he added.

"At 6 ft 6 ins and a big blue scrum cap on, he's not easy to miss and he's got to make sure he does the basics well, and week-in, week-out that's what he's doing at the moment."