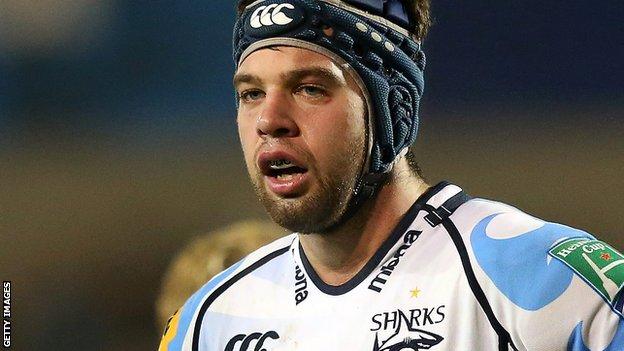 Forward Josh Beaumont says he will continue to balance working towards his university degree with forging a professional career at Sale Sharks.

Beaumont made his debut in the

The 20-year-old, who is in the final year of a geography course at Durham University, could be involved in Sale's final pool match against Cardiff Blues.

"As long as I can get round my studies, hopefully I can play again at the weekend," he told BBC Radio Manchester.

With no chance of qualifying from their Heineken Cup group and Premiership survival the solitary aim for Sale, boss Steve Diamond chose to rotate his squad against the French outfit.

Former Newcastle Falcons youngster Beaumont, who says his preferred role is in the second row, was handed his first start at number eight and earned praise for his debut display.

He continued: "The physicality was the highest I've ever played at, which was expected. At the end of the first half, I was blowing a bit."

Beaumont, who also plays for National League One club Fylde and his university side, made his first senior appearance for Sale in front of his father, former England captain Bill.

"You're always going to get the 'son of' label but it's one of those things you just get used to," added Beaumont. "He's always good to go to for advice so I'm not too worried about."