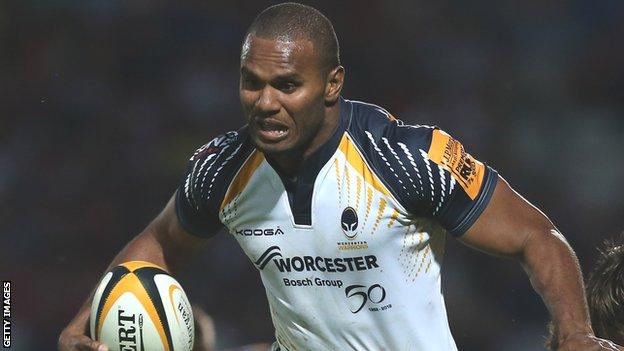 Worcester Warriors winger Josh Drauniniu has signed a new long-term contract beyond the end of this season.

The 27-year-old, who joined the club from London Welsh, scored a hat-trick in last week's victory

Drauniniu said "The club is great. We've got a promising team this season and I believe we'll have an even better side next season."

Head coach Richard Hill added: "Josh came to Warriors as a very raw player with a huge amount of ability."

Hill continued: "He has got it all and he plays with a smile on his face which I like to see.

"Josh has a very big future and we are delighted that is with Worcester Warriors."

Worcester have made it a club policy to no longer reveal the length of any players' contract.