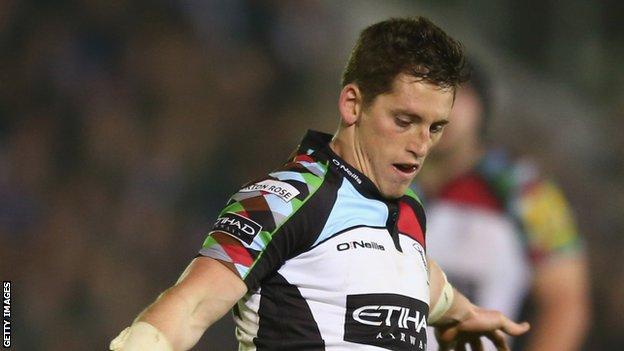 Harlequins winger Tom Williams has signed a two-year extension to his contract, which will keep him at the club until the summer of 2015.

"Tom's form over the last 12 months has been outstanding," said Quins director of rugby Conor O'Shea.

"We are all really looking forward to him continuing that and he has some great years of rugby ahead of him."

He added: "He is one of the club's original academy graduates and his willingness to work with our younger players has had a big impact on their development."

Williams said: "The opportunity to contribute to a club playing such an exciting brand of rugby with a group of ambitious and talented players made the decision to stay an easy one."