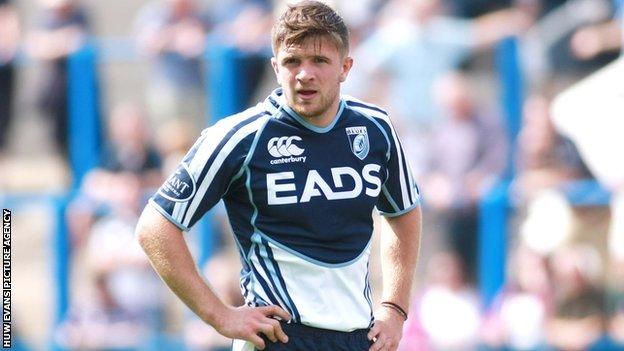 Jones has played regularly since Wales star Lloyd Williams was banned for a tip tackle.

While Breeze, a former Ospreys hooker, returned to Wales after a stint with London Welsh.

He made a total of 170 appearances for Aberavon in the Premiership before he signed for the Cardiff Blues in October.

Scrum-half Jones was released by the Blues academy in November 2010 and took up a permanent contract with Pontypridd, playing in the club's successful league campaign and winning the man-of-the-match award in the 2011 SWALEC Cup final.

After an impressive season in the Principality Premiership, Jones emerged as a key player in Wales' Under 20s squad.

He was then invited back into the Blues academy a year later, before signing with the region's senior side for the 2012/13 season.

Breeze converted to hooker under the guidance of former Wales star, Garin Jenkins, and went on to earn caps at U19 and U20 level.

He was part of the 2006 Grand Slam Junior World Cup side alongside current Blues team mates James Down, Bradley Davies and Lou Reed.