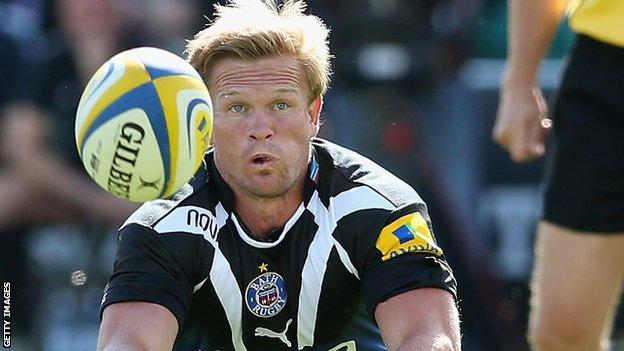 The South Africa international, 30, is out of contract at the end of the season and reports over the weekend linked him with a move to France.

"He's been open and honest with us and he is in talks," boss Gold told BBC Radio Bristol.

"I'm sure Michael will tell us as soon as anything can be confirmed."

Claassens has been at The Rec since 2007, having previously played for the Cheetahs in his homeland, and has made 117 Premiership appearances.

Meanwhile, Gold has said he is already looking at potential signings for the summer.

"Since January we've been allowed to go out and have a look. We've known who is on the market for a while," added Gold.

"We've got a few irons in the fire and some potentially exciting prospects coming through."