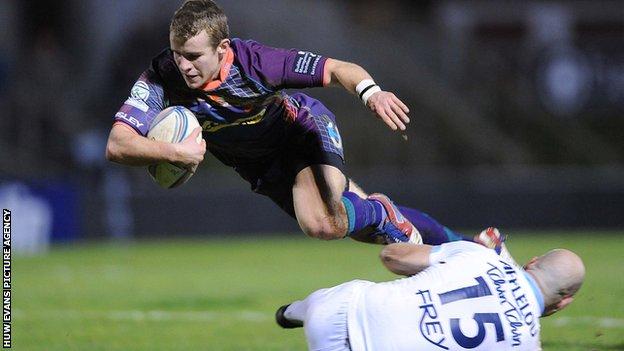 Scrum-half Jonathan Evans has signed a new two-year deal to stay with the Newport Gwent Dragons.

The 20-year-old from Bargoed is one of the youngest players in the squad at Rodney Parade.

But Evans' growing reputation has seem him start 12 of the Dragons 18 games so far this season.

"I enjoy playing for the Dragons and thank them for giving us young players the opportunity to perform on a weekly basis," said Evans.

"With injuries to both Joe Bedford and Wayne Evans at the start of the season, it gave me the opportunity to get the ball rolling early.

"Since then I have been given further opportunities to start and have grabbed them with both hands.

"I look forward to another two seasons here at the Gwent based region."

The Dragons Academy made his debut for the region at the age of 17 against the Ospreys in 2010.