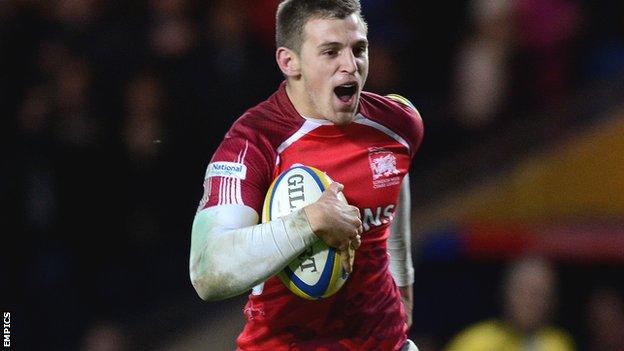 London Welsh have announced that winger Nick Scott has agreed a one-year contract extension with the club.

The 22-year-old has scored four tries for the Exiles this season, including a last-gasp intercept winner against Bath at the Kassam Stadium in November.

He initially joined on loan from Bath in February last year, where he came through the academy, before making his move to permanent in the summer.

"It's a club that has been very good to me, showing faith and giving me an opportunity to play in the Premiership.

"I have been at the club just under a year and have thoroughly enjoyed my time here. I feel my game has improved working with Lyn Jones and the other coaching staff and I'm confident it will continue to do so under their guidance.

He added: "I'm looking forward to the challenge of consolidating London Welsh's Premiership status with a great bunch of teammates."