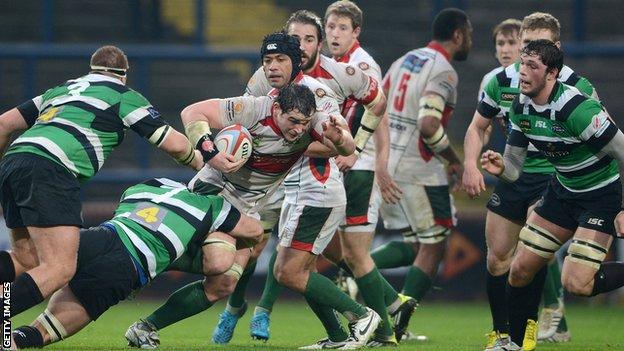 The Rugby Football Union (RFU) has said the Championship match between Leeds and Plymouth Albion must be replayed.

The RFU which after the referee was forced to order uncontested scrums due to the state of the pitch at Headingley.

The rematch will take place on the weekend of 1-3 February at a venue to be determined by Leeds.

They will also have to meet all of Albion's travel and hotel costs.

If Leeds cannot find an alternative venue then Plymouth Albion will be allowed to host the game.

"Having considered all facts and reviewed a tape of the game involved, it was found that the referee correctly ruled that the pitch was not safe for scrummaging," an RFU statement read.

The Headingley pitch but cut up to such an extent that uncontested scrums were needed after just 13 minutes.

It was the first time Leeds had played on the new turf, but the Leeds Rhinos rugby league team had taken on Wakefield there in a friendly on Boxing Day.