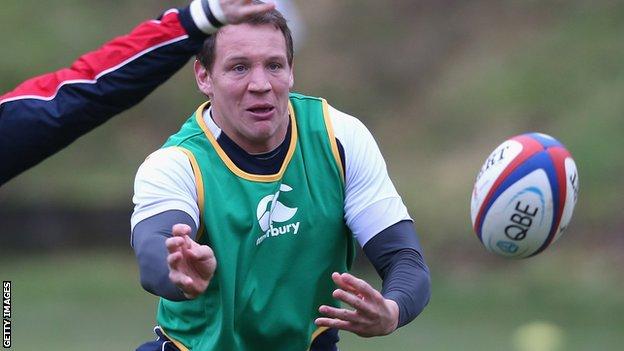 The 30-year-old was carried off on a stretcher after 15 minutes of the 29-20 defeat with a nasty-looking injury.

"Until we get it scanned we're not going to know how serious it is," Baxter added.

Johnson has been in fine form for Exeter over the past couple of seasons and last summer.

He played all three Tests against the Springboks and also appeared against and last autumn, scoring his first England try against the Pacific islanders.

He was but was which gets under way on 2 February.