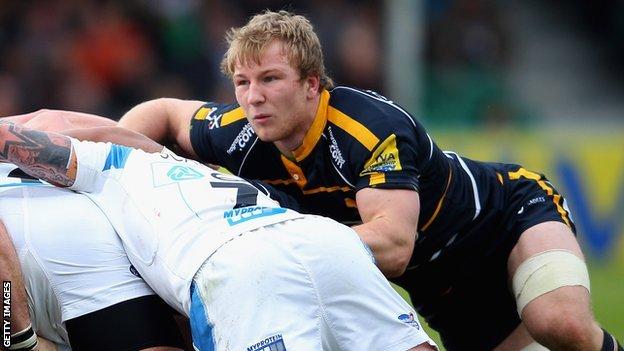 Worcester back-row forward Kvesic comes in for Exeter's Tom Johnson, who was taken off on a stretcher with suspected ligament damage against Leinster.

Saracens second row Botha replaces Calum Clark, who was forced off with a shoulder injury in the first half of Northampton's game against Glasgow.

Clark and Johnson are doubts for England's Six Nations opener.

Stuart Lancaster's men kick off their campaign against Scotland at Twickenham on 2 February.

Monye has been drafted in as cover while England's medical team assess players who featured in the Heineken Cup this weekend.

Gloucester and England fly-half Freddie Burns is to have a scan on the knee injury he suffered in their Challenge Cup win over Mont de Marsan.