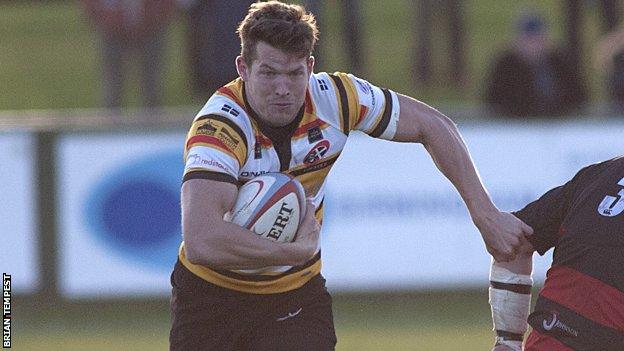 Cornish Pirates back Grant Pointer has suffered another injury blow in his first game back since November.

The 25-year-old damaged his medial ligament in the

The former England Students international had only just recovered from a hamstring injury.

"It's disappointing for Grant because he's been out for as long time with the hamstring pull," head coach Ian Davies told BBC Radio Cornwall.

"He was only going to be limited to 40 minutes anyway because it was his first game back, but unfortunately he came off after 25 minuets with a tweak of his knee."

Pointer joined the Pirates from Loughborough Students in the summer of 2010 having been part of Northampton's academy.

Last season he played 31 times for the Cornish side and scored eight tries, including one in the

But Davies says the former Loughborough Students player may continue to have issues with injuries.

"The problem for him is that he's an athlete, so he's very, very muscular so he does have a tendency to get pulls," he added.

"So to pick up a knee problem as well as pull is devastating for the boy."