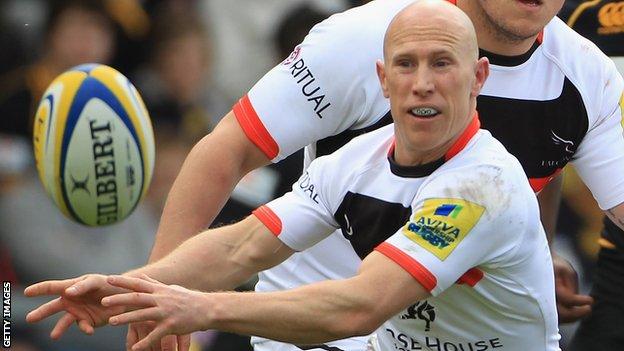 Munster's Peter Stringer has joined Bath on a short-term deal as cover for the injured Michael Claassens.

South African Claassens is set to be out for three or four weeks because a problem with the bone in his thumb.

Stringer is Ireland's most capped scrum-half with 98 appearances, and is one of only nine players to play more than 200 games for Munster.

Stringer was brought to the Falcons by Gary Gold, who is now head coach at Bath.

Gold said: "Peter is a world-class professional and has an incredible amount of experience he can bring to the squad.

"He is still keen to compete at the highest level and we are short at scrum-half at the moment due to injury.

"I'm sure he'll be a huge asset to our other nine's with his invaluable experience and exceptional work ethic."