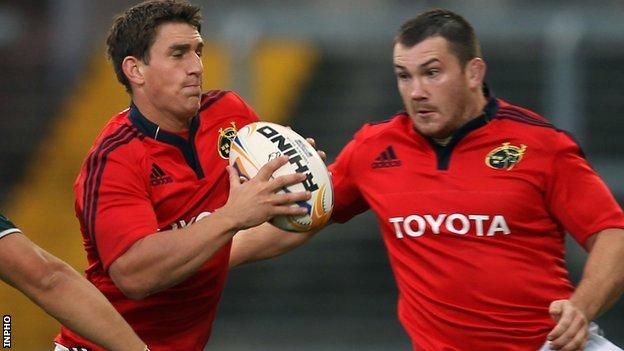 The back row options are bolstered by the Munster pair of James Coughlan and Tommy O'Donnell, and Leinster duo Rhys Ruddock and Kevin McLaughlin.

Wilson was considered for selection but the former Northampton player was injured in Ulster's 9-8 victory over Castres in the Heineken Cup on Saturday.

Strauss, who made his Ireland debut in November, suffered ankle ligament damage in Leinster's weekend win over Exeter Chiefs.

His withdrawal leaves Kidney with a 45-man squad as he prepares for the Six Nations opener against Wales on 2 February.

Jamie Heaslip has been retained as Ireland captain for the competition despite the return of Brian O'Driscoll.

The Irish Wolfhounds are in action on Friday night against England Saxons at the Sportsground in Galway.