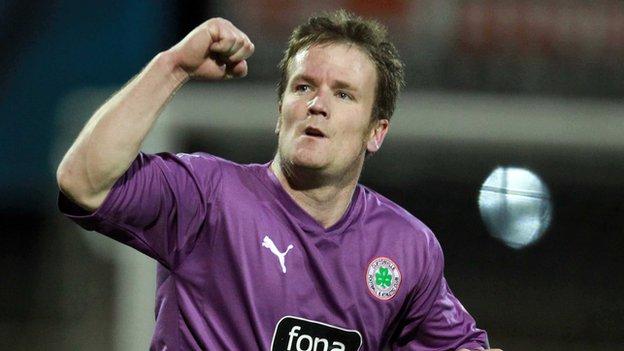 The spot-kick was awarded in the 88th minute following a trip by Tobermore central defender John Neill on the Rec's Philip Traynor.

The first meeting, also at Championship One club Tobermore's Fortwilliam Park, had ended 2-2.

Kilmore, with former Cliftonville star Mark Holland in their team, now play Institute in the last 16.

"I played against Institute several times in the Irish League and they were always difficult opponents," said Holland.

"So I know it will be a huge challenge for us. They are lying third in the Championship so we can expect a tougher game than the two against Tobermore.

"We deserved to go through, no doubt about that. Tobermore can have no complaints."

The Irish Cup sixth round ties are scheduled for Saturday, 9 February.