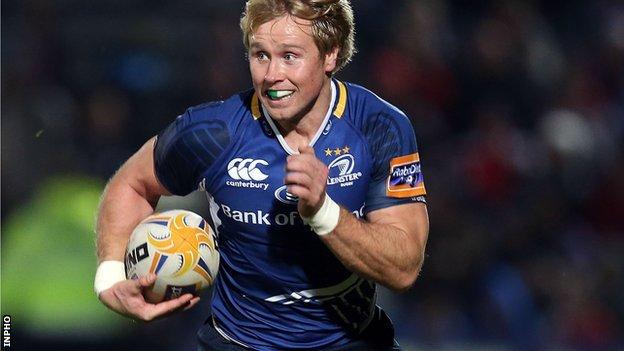 Fionn Carr will be back at Connacht next season after a two-year spell with Irish rivals Leinster.

The 27-year-old winger, who also plays at full-back, became Connacht's record try scorer before his move to Leinster, with 34 tries in 73 appearances.

Carr has scored seven tries in 33 matches for Leinster.

He said: I'm delighted to have re-signed for Connacht. I enjoyed my three seasons there and I can't wait to get back and continue to improve my game."

"I can see that there is fantastic work being done at Connacht both on and off the field," he added.

"I'm really looking forward to being part of that again and contributing to the growing success over the next couple of seasons."

Carr has represented Ireland at Schools, U19 and U21 level, including five games in the U21 World Championship.

He has two Ireland 'A' caps, having played against Canada and England.