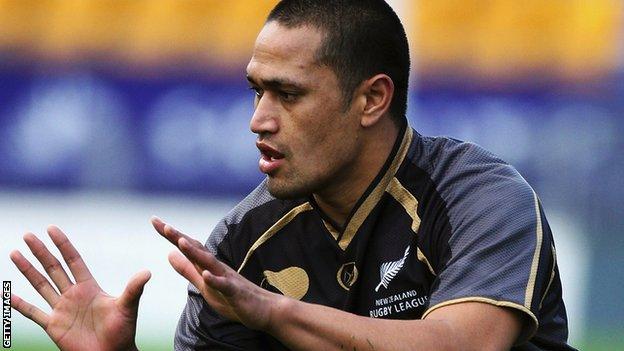 London Irish have confirmed Samoa international Setaimata Sa will finally join up with the squad this week.

The former Catalan Dragons rugby league star signed a three-year deal last May and will be available for the rest of the season, having secured his UK Visa.

"It has been a long process, but we are delighted that Sa can now join up with the squad," said Exiles director of rugby Brian Smith.

Sa, 25, returns to rugby union after being a schoolboy star in New Zealand.

The Samoan has a good try-scoring record in senior rugby league, scoring 13 in 66 games for Sydney and 10 in 39 games for the Dragons.

A dual rugby league international, he was capped three times by New Zealand, helping them to win the World Cup title in 2008 and five times by Samoa.

He made his international rugby union debut for Samoa last November in a victory over Canada.

"He is itching to be involved. The squad is looking forward to having him on board," added Smith.

"Once he gets the hang of playing rugby union again there will be no better all-round midfielder in the country."