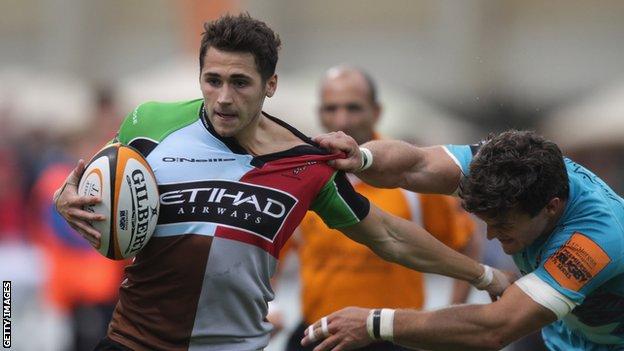 Full-back Ollie Lindsay-Hague is among five Harlequins players who have signed new deals with the Premiership club.

Quins academy manager Tony Diprose said: "I am delighted that these exciting young players have further committed themselves to Harlequins.

"They are critical to the continued success of the club and demonstrate the wealth of talent coming through."

He added: "I have no doubt that they will all play a major role in working to keep Harlequins at the top of the game in England and Europe."