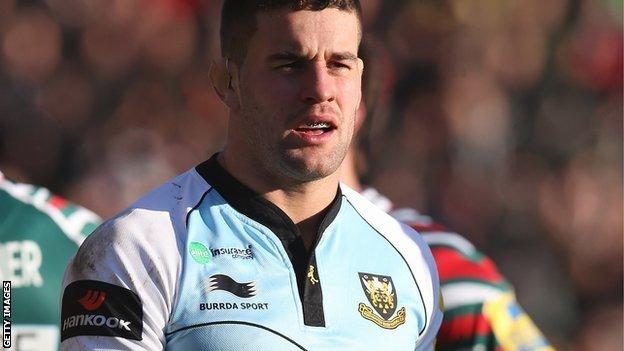 England and Northampton flanker Calum Clark will have surgery on a shoulder injury which could mean he will miss the Six Nations tournament.

The 23-year-old, who suffered the injury against Glasgow, will have surgery on Wednesday and it is unclear how long he will be sidelined.

England boss Stuart Lancaster said: "It is a shame for Calum as he had worked hard to get back into the senior squad.

"But these things happen and we'll work closely with Northampton on his rehab."

Saracens lock Mouritz Botha replaced Clark and joined up with England at their pre-tournament training camp in Leeds.

A Rugby Football Union statement said: "At this stage it is too early to speculate as to when he will return to action."

"My shoulder needs an operation so I will be out of action for the foreseeable future. That's the game," Clark said on Twitter.