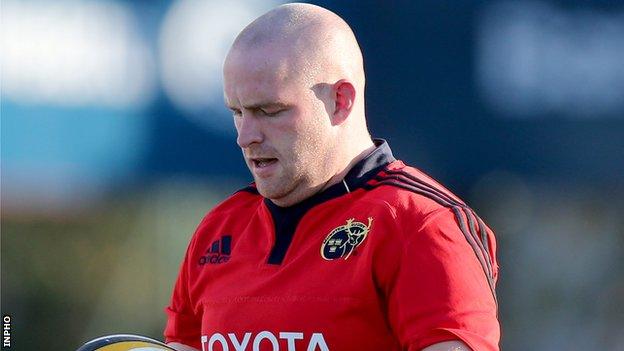 Connacht have made a further addition to the squad for next season by signing Sligo-born Munster hooker Sean Henry on a two-year deal.

Henry, 25, played for Connacht at youths level before moving to Munster three years ago.

He has made six senior appearances for Munster and helped them win the British & Irish Cup last season.

Keatley, who like Archer is 25, has been included in Ireland's extended Six Nations squad.

Connacht announced the return of centre Fionn Carr to the club on Monday after his two-year spell at Leinster.

Ireland lock Mike McCarthy will journey in the opposite direction at the end of the season but George Naoupu, Jason Harris-Wright, Mike Kearney and Eoin McKeon has signed contracts extensions with the Galway-based outfit.