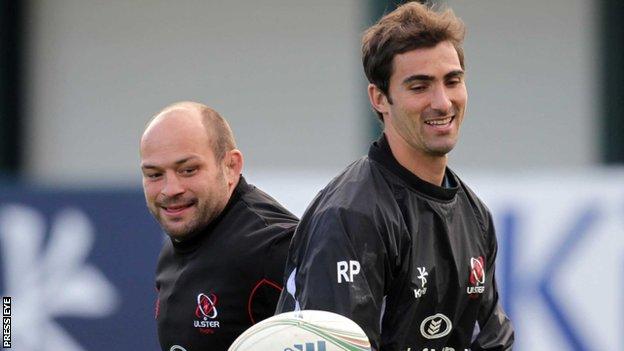 Ulster duo Ruan Pienaar and Rory Best are among the 15 nominees for this season's ERC European Player of the Year award.

Munster winger Simon Zebo is also among the contenders for the award won last year by Leinster's Rob Kearney.

Leinster's disappointing season is emphasised by the absence of any of their squad in the 15 nominees.

Clermont-Auvergne trio Julien Bonnaire, Wesley Fofana and Morgan Parra have all been nominated.

English clubs Harlequins, Saracens and Leicester Tigers all have two contenders for the awards.

The Harlequins hopefuls are Mike Brown and James Johnston with Saracens represented by Owen Farrell and Charlie Hodgson and Leicester's nominees Dan Cole and Geoff Parling.