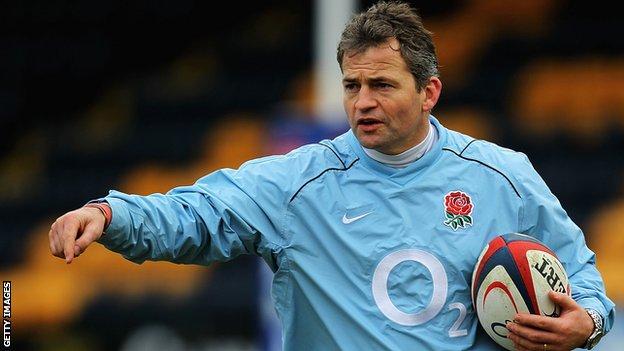 He wants all England Under-20 players playing regularly in the Premiership to aid their development - and ensure a stronger England team in years to come.

"You can do all your training, all your fitness but playing is the only way you learn," he said.

"It doesn't matter what their age is, put them in the Premiership."

But Callard said: "I am not going to win any favours here but I am still one for the England players coming out of the Under-20s being drafted out and playing Premiership rugby.

"So say X club have three great hookers and another English club have only one, chuck them in the other one. We should have the ability to get young kids playing.

"That way the base will get stronger. We all have an obligation in this country to produce a very, very successful senior team.

"We have seen the power of what a successful senior team can do in any sport, how it galvanises the country.

"There is no reason why we shouldn't be trying to do that in England, certainly with what is coming around the corner in 2015. It has to start now."

Centre Billy Twelvetrees serves as an example of how younger players can improve with more rugby. He left Leicester for Gloucester last summer and more game time has seen him called up to the senior England squad.

"From an England perspective, younger players have to play. That is the only way they develop," added Callard, a former England international.

"I would even like PRL (Premiership Rugby) to change the eight-man bench so that two of the guys are academy developing players, you can take them on, take them off and they don't count as substitutions."