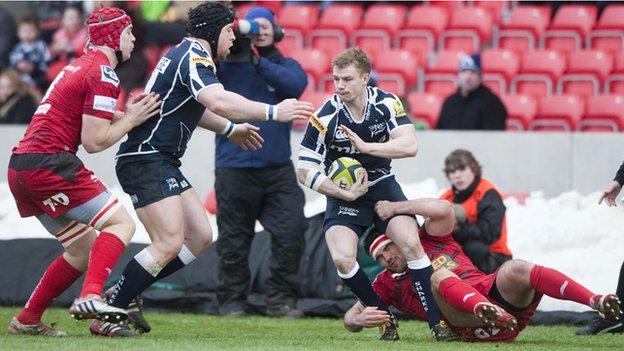 The former England fly half scored a try, four penalties and two conversions with other tries from Richie Vernon, Charlie Amesbury and Charlie Ingle.

Scarlets led 14-3 early on after tries by Andy Fenby and Gareth Davies, both converted by Owen Williams who also kicked a penalty.

The win means Sharks top Pool 2 in the LV= Cup by a point from Leicester.