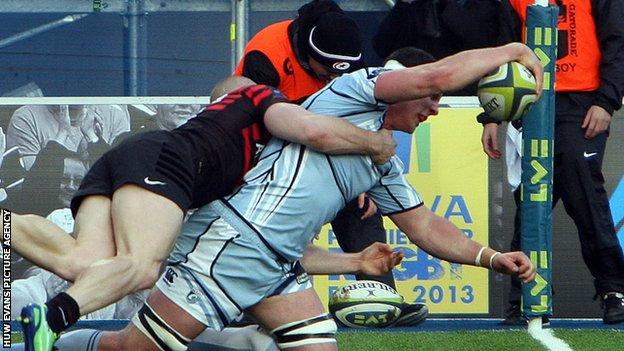 Fly-half Nils Mordt kicked his Saracens side to a victory over the Cardiff Blues in the LV= Cup at Allianz Park.

Mordt finished the game with a personal tally of 14 points with the boot, including four penalties and a conversion.

Fly-half Ceri Jenkins and his replacement Gareth Davies both landed a penalty for the Welsh side in a game which saw England full-back Alex Goode prove his fitness ahead of the Six Nations.

Goode, who made his first appearance in five weeks after he injured his shoulder, came through unscathed in the first professional rugby union match to be played on an artificial pitch designed for the sport.

Saracens invited 3,500 of their fans to this designated 'test event' at the club's new £24m home.