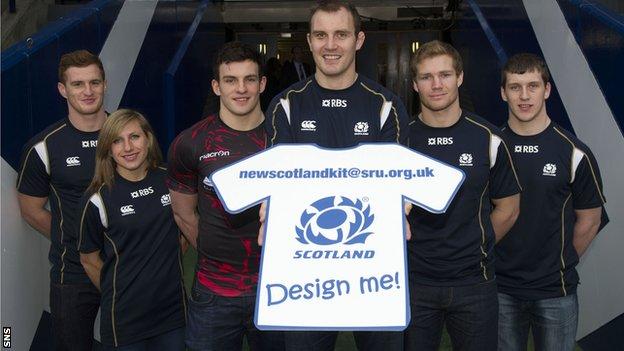 Scottish Rugby has secured the biggest sponsorship deal in its history.

The four-year agreement with Italian company Macron, will come into force in July, with supporters asked to help design the new Scotland kit.

"This is a multi-million pound deal - the largest in the SRU's history - over four years, so we are delighted," said SRU chief executive Mark Dodson.

Right now, the SRU is in good health

"We plan to invest in grassroots, invest in the pro teams where we can and reduce our debt."

The deal will see the Bologna-based firm supply the famous dark blue kit as well as the strips worn by both Edinburgh Rugby and Glasgow Warriors.

However, the deal does not come into force until Scotland host their autumn internationals later this year.

"The money that comes into the SRU from this deal, we will spend it across the piece where we can," Dodson added.

"Right now, the SRU is in good health. We have shown a surplus each year that I've been here and we are reducing debt going forward.

"We are making cost reductions where sensible and now we are driving income."