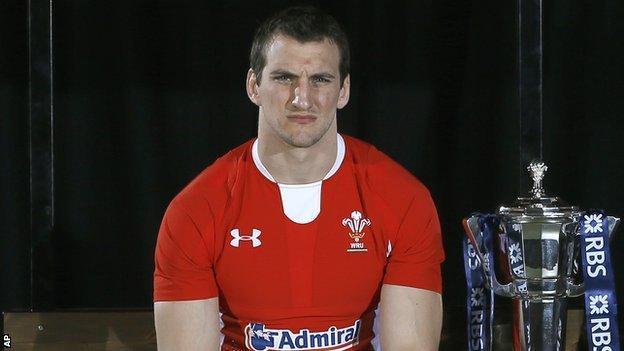 But Pullin warned that the flanker and Wales captain first needs to perform well in the upcoming Six Nations.

"I think I would plump for [Warburton] as captain, he's a good player no doubt about that," Pullin told The Back Page.

"He did lead Wales very well last year, what's happened to him since I don't know but you can't blame one person."

Pullin played in all four Tests on the Lions' victorious tour of New Zealand in 1971 but says that form will be everything during the Six Nations.

"If you're not playing well in that, no matter who you are, then you shouldn't go on a Lions tour," he added.

Pullin tips his native England - who Wales play in the final round of matches in Cardiff on 16 March - to win the Six Nations, and admits to being puzzled by Wales' form.

Wales won the Grand Slam last year but are currently on a seven-Test losing streak going into their championship opener at home to Ireland on 2 February.

"Obviously I'd have to say England, but I do believe they are a very strong side at the moment and I think they'll be the team to beat," Pullin said.

"Wales looked good last year but haven't been performing in the autumn internationals... I suppose the Australia game was a classic, how they lost that I don't know.

"When you've got a couple of seconds to go you should know what to do to hold onto a lead then, quite honestly.

"That really amazed me. All credit to Australia, they've scored in the last second and it was a good game, but good games don't count - you want to win them."