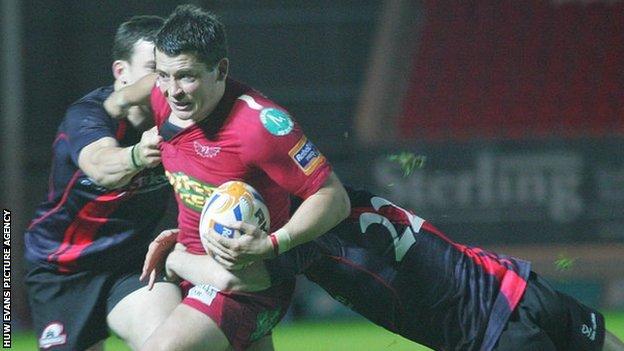 Prop Phil John and hooker Emyr Phillips are to stay at the Scarlets, but they have lost centre Rhodri Gomer-Davies to injury.

Gomer-Davies, 30, has been unable to overcome a knee injury.

Gomer-Davies said: "It's a tough reality to face up to, shown once again by the sad news of Morgan Stoddart having to retire in his prime recently and seeing the support he got at Parc y Scarlets last weekend from the home crowd.

"It's just having the positive mindset to move on but it does take some time to sink in and during that adjustment it's good to still be involved in some way and be close to the game."

He joined Newport Gwent Dragons in 2007 and moved to Parc y Scarlets in 2011 as part of a joint deal with Wales Sevens.

He has also become in Welsh language television rugby commentary work for S4C recently and is studying as a Welsh/English translator at Aberystwyth University.