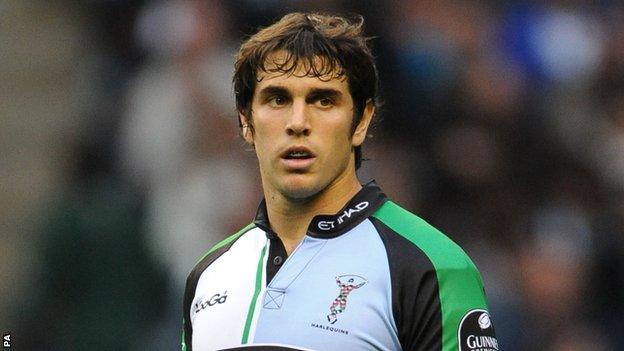 Tiesi has previous experience of the Premiership with London Irish and Harlequins, making a combined total of 40 appearances in the English league.

The 27-year-old, who has 32 caps for Argentina, has recently been playing for San Isidro in his native country.

"The signing of Gonzalo Tiesi is a very significant one by the club," Welsh head coach Lyn Jones said.

Tiesi was a member of the Argentina side for last season's autumn internationals, and was part of the Puma's team that beat Wales at the Millennium Stadium.

"He's also a player of true international quality," said Jones. "He proved himself again over the autumn period with Argentina.

"We look forward to Gonzalo adding a great deal to the playing and training environment at London Welsh."