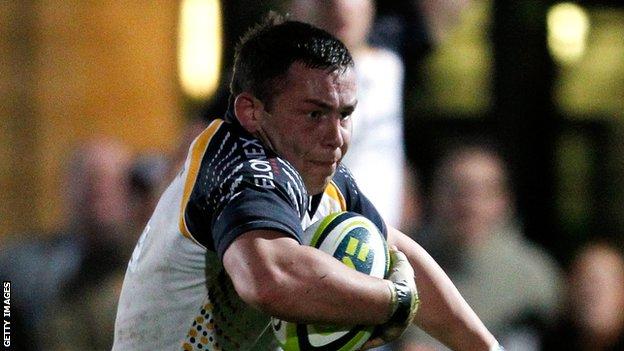 Hooker Shervington, 27, has made 55 appearances for the Warriors since joining in 2010 from Ospreys.

Flanker Betty, 26, moved to Sixways from Cornish Pirates in 2011, and was named Warriors' players' player of the year in his first season at the club.

And prop Porter, 23, and back row de Carpentier, 22, have agreed extensions to continue to develop at the club.

Porter moved to Warriors from Plymouth Albion in 2011 and has made six league appearances for the club, while de Carpentier, who appeared in the LV= Cup against London Irish is yet to play a league match for the club.

"We see George as an athletic and mobile loosehead who suits the fast game we want to play," Warriors head coach Richard Hill told the club website.

On de Carpentier he commented: "Richard's attitude is excellent. He is really dedicated, hard-working and wants to improve himself all the time."

Hill also paid tribute to the hard work of former Wales Under-21 international Shervington away from the field following the announcement of his new deal.

"He works so hard you have to drag him out of the gym as he would be in there all day and all night," Hill said.

"He compliments Aleki Lutui with his style of game and is very strong in the set-piece so we are excited that he has committed his future to us."

Talking about Shervington's teammate Betty, Hill added: "He is regarded as one of the best defensive back row forwards in the Aviva Premiership and is a hard man who will do anything for this club."